Representation with a Backbone! 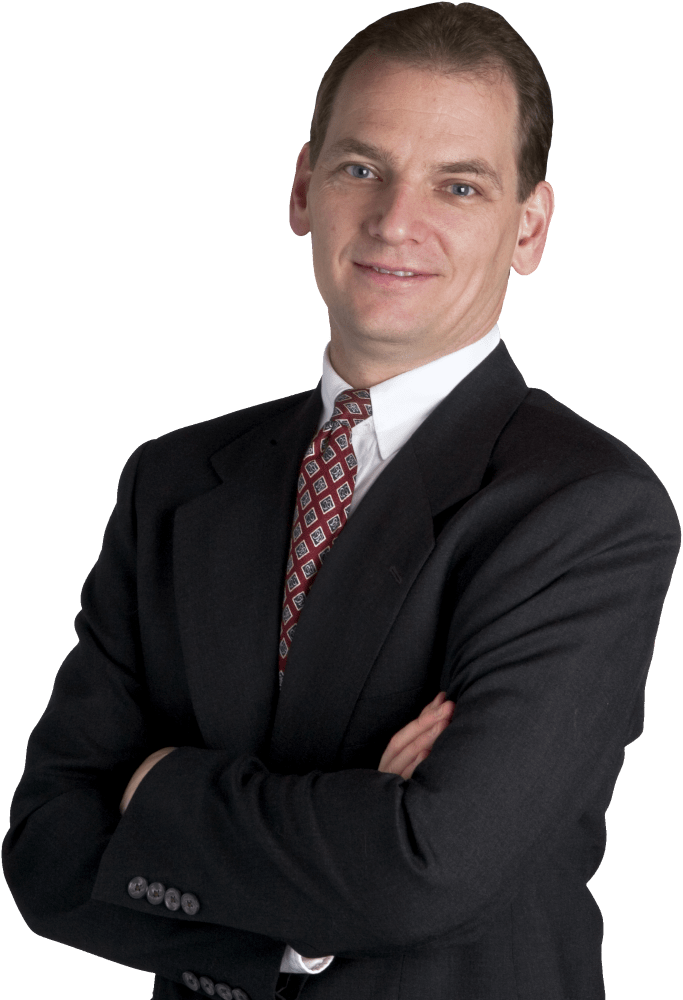 Greg was born in Orange, California but was raised in the small, rural farming town of Kenmare, North Dakota. He is the eldest of eight children including an adopted brother from Columbia. His father is a dentist and his mother is a school teacher. Greg’s first job was cleaning his father’s dental office every day after school. While in high school, he worked for local farmers. He also spent one high school summer working for the Des Lacs National Wildlife Refuge doing conservation and maintenance work. Construction work, landscaping and Army training filled in the gaps.

He joined the Army as a medic while a senior in high school. He attained the rank of Staff Sergeant in about 6 ½ years with his enlistment ending after 11 years of service. He was in chiropractic school when his unit was activated during Desert Storm in 1991. Greg celebrates military service with his grandfather who was a WWII veteran, a father who is a decorated Vietnam veteran and a sister who is also a Desert Storm veteran. Additionally, a second sister, brother and his wife also served in the Army. His younger twin brothers are Air Force veterans. Having these familial connections to the military, Greg has an understanding and deep appreciation for the sacrifices of our military personnel and their families. He believes that our active service members and veterans should receive our highest priority.

He graduated from the University of North Dakota in 1989 with a degree in human biology. While at UND he also took numerous additional classes in chemistry, business and was a teaching assistant in anatomy cadaver labs for two years. In 1993, he graduated from Northwestern College of Chiropractic in Bloomington, Minnesota with Doctor of Chiropractic degree.

He moved to Boise, Idaho in April of 1994 after purchasing his current chiropractic practice. He has been a small businessman, employer and real estate investor for over twenty-six years.

He met his wife, Angela, in 1987 while they were both serving in the United States Army. They were married in 2001 at Broadway Avenue Baptist Church in Boise. He has been involved with his church, having taught Awana classes for 7 years. Angie is a former orthodontic dental assistant and office manager. She currently works in Greg’s chiropractic office. Greg was raised on hard work with conservative, Christian values. His dedication to his faith, country, profession, and small business are proven. Greg’s plan for Idaho politics is to be a reasonable yet firm voice for conservative, constitutional Republican ideals. He is graciously looking forward to proving himself as your next District 21 State Representative.

A more secure and prosperous Idaho can be obtained by lowering taxes for individuals and businesses that employ them such that Idaho becomes a bastion for new business, entrepreneurship and therefore jobs.

A more secure and prosperous Idaho can be obtained by working for a lean, efficient and accountable state government that minimally intrudes into the affairs of Idaho’s citizens and businesses.

A more secure and prosperous Idaho can be obtained by consistently encouraging wise individual financial, health and wellness decisions.

Greg Ferch has been Endorsed or Recognized by… 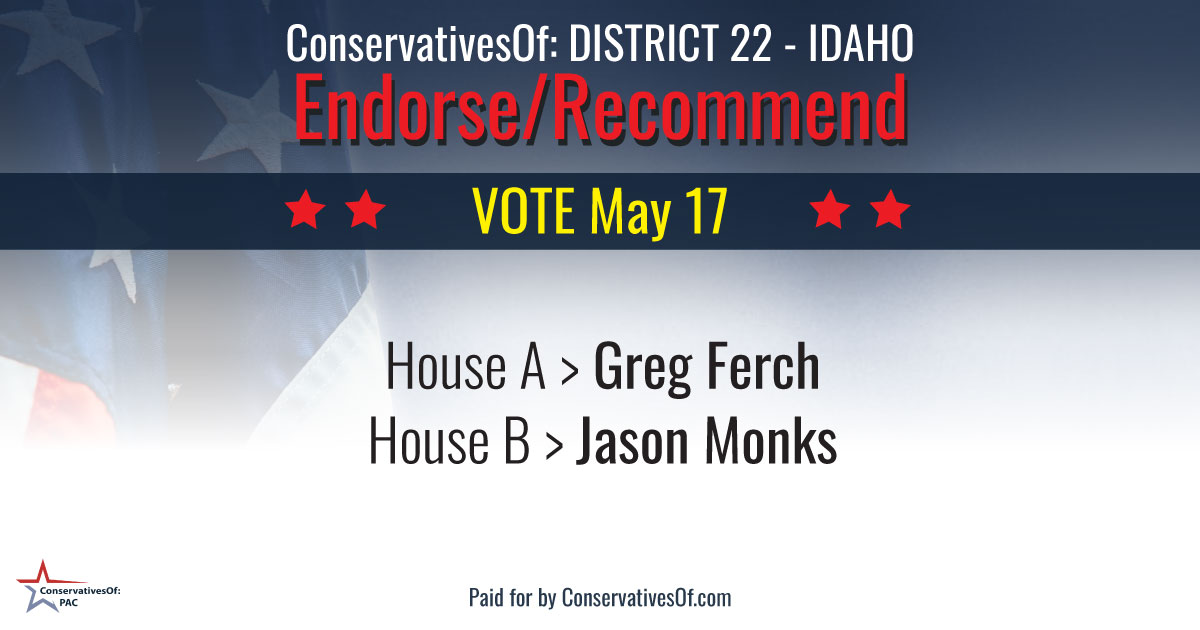 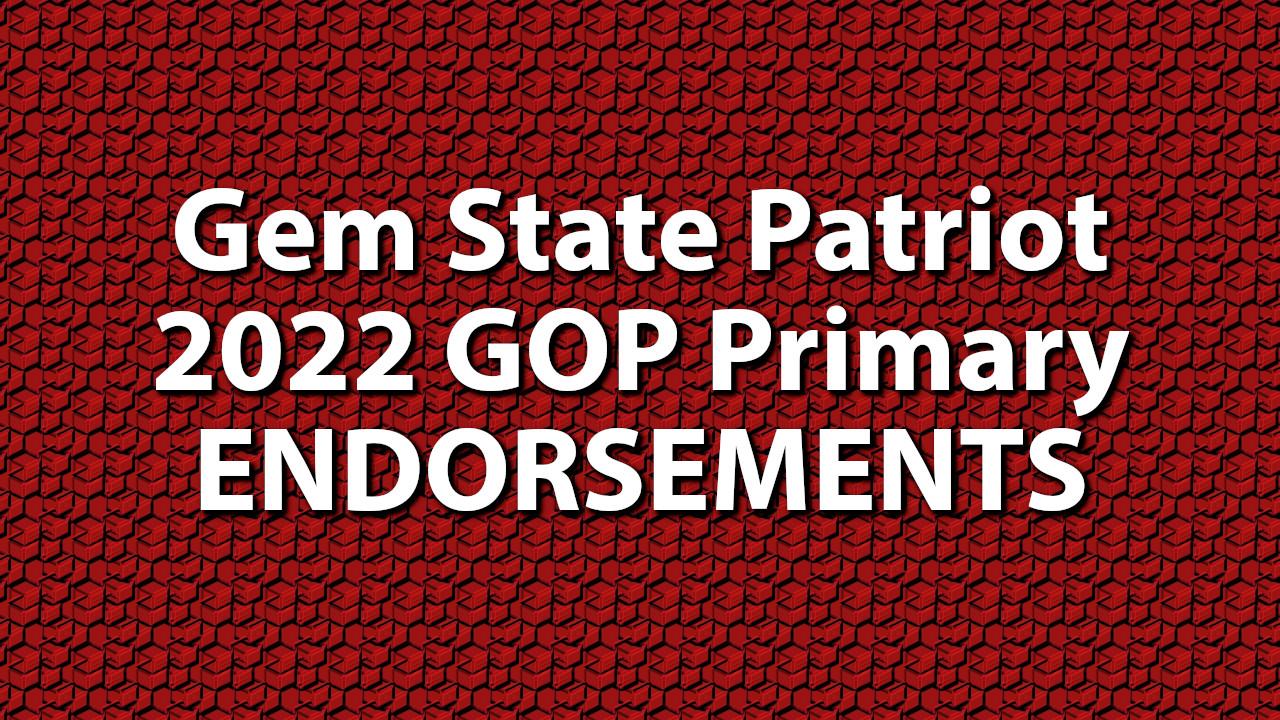 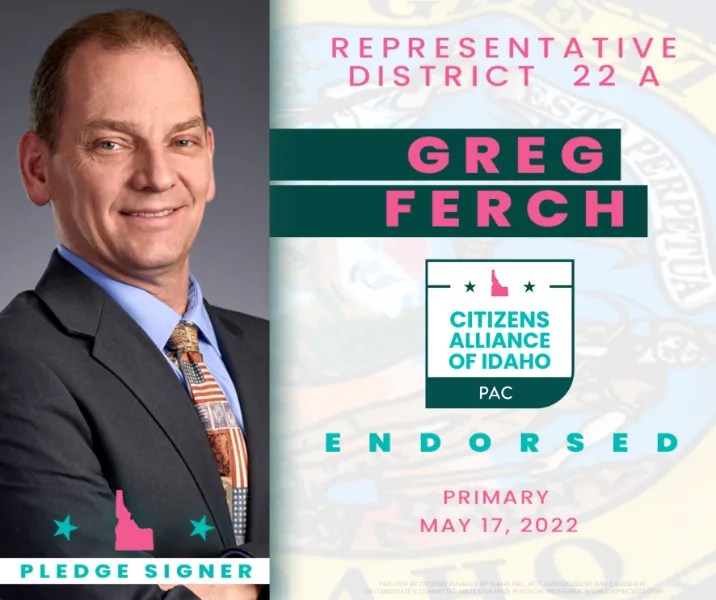 Parents for Freedom and Liberty

Parents for Freedom and Liberty 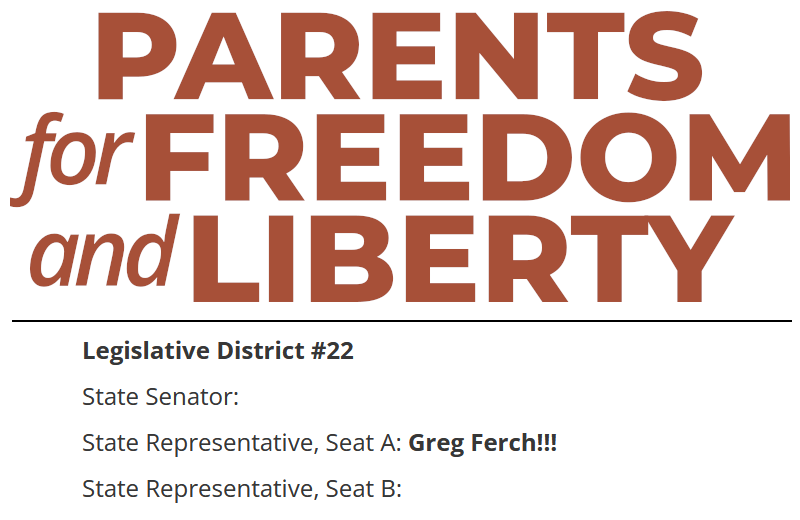 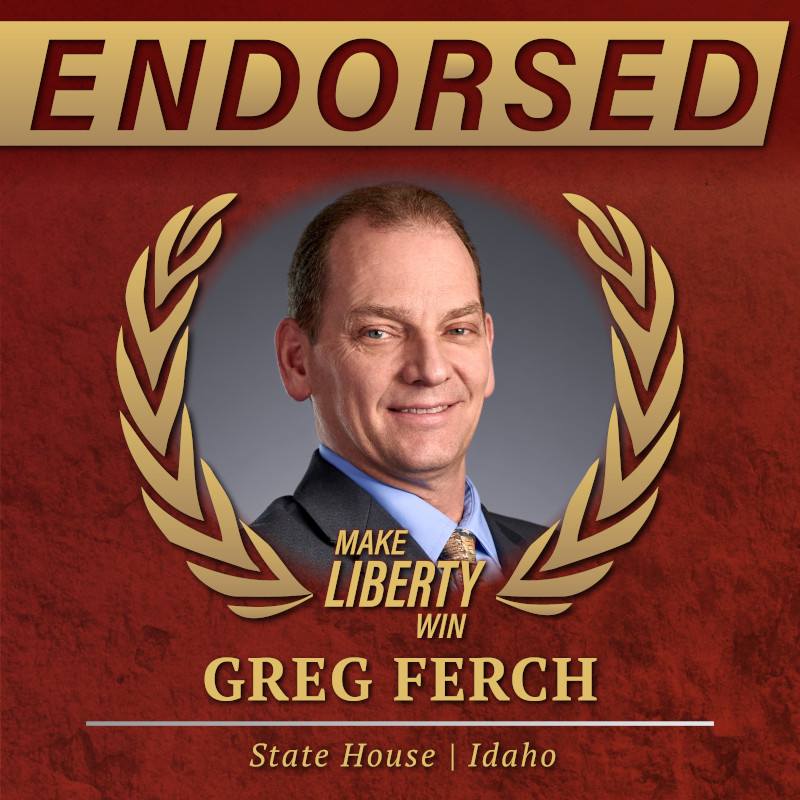 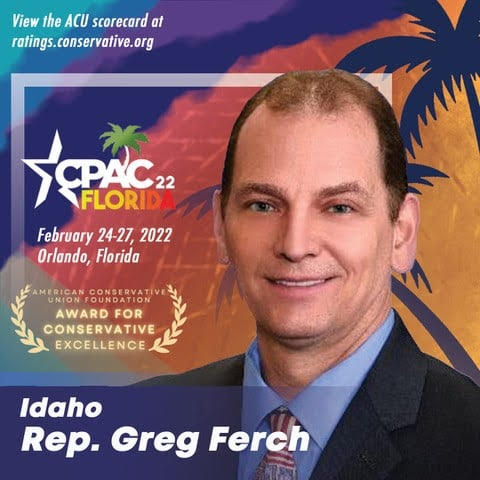 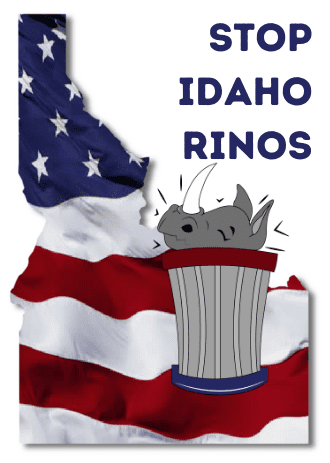 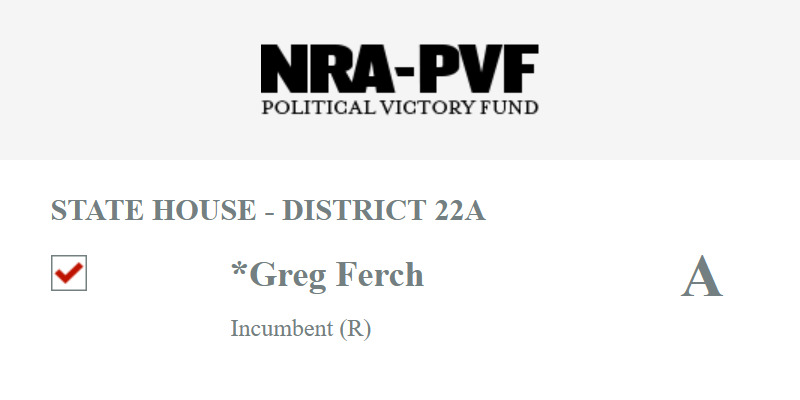 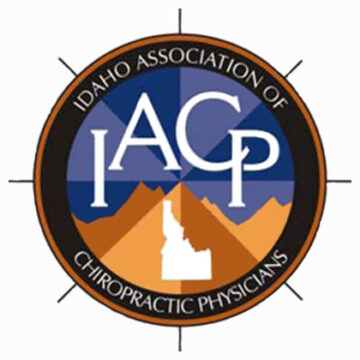 Idaho Chooses Life is proud to endorse Greg Ferch for re-election to the Idaho Legislature. He has long been a friend of this ministry and we are grateful for his 100% pro-Life record.

Greg Ferch is a proven conservative and he will serve the constituents of Legislative District 21 well in the House of Representatives. Greg has a long history of engagement, including the responsibilities of leadership roles within our Republican Party. Please join me in supporting Greg Ferch for State Representative this May. [2020 campaign]

I have known Greg Ferch for more than 20 years, first in a business relationship, and then as a patient of his practice. I have always been treated fairly and with respect. I found him to be a person of great integrity; he never takes advantage and has a clear sense of right and wrong. His honesty and good judgement would make him a great candidate for public office. He has my support.

I got to know Greg while we were both delegates to the 2016 Republican National Convention in Cleveland. As a result, I believe Greg will be a consistent, conservative voice for the taxpayers of District 21.

Greg Ferch is a community leader and longtime friend. Greg embodies the characteristics we need in our elected officials: he is kind, helpful, hardworking, and most importantly, fair and ethical. As a small businessman and former Ada County Republican Party Chairman, Greg truly listens, and is a tireless advocate for Republican principles.

I have known Greg Ferch for many years. We have worked together on legislation, professional assignments and have interacted personally. Greg is a great man, with strong moral values, boundless energy to protect our individual freedoms from government intrusion. He is a fearless champion for fairness toward and the rights of small business owners. I have great confidence that Greg can and will make a very significant difference for Idahoans as he serves in the state legislature. He has my full confidence and support.

Since meeting Dr. Greg Ferch over 25 years ago I have found him to be a tireless warrior for justice and liberty. I remember him giving me a copy of the US Constitution when he found I didn’t have my own. His experience and tenacity will help keep constituents from being harmed by illogical laws and help keep Idaho Great. He has my personal recommendation and support. Dr. Ferch, like President Reagan, also feels that the Republican Party should be a party of “limited government, individual freedom and adherence to the Constitution.”

Greg Ferch has been my chiropractor for 26 years. When I was working as a financial advisor, I assisted him with some of his financial planning. Over the years in our association I can tell you this about him as we have worked together and talked together. He is smart and he is passionate and he is a good man with very high moral character. He works hard. He has my respect and he has my support in all that he is trying to do to make our world a better place. I applaud his energy to work hard for our values and I tell all who read this, that he will do an excellent job representing Idaho with the current need for conservative ideals. He has my full support.

Donate Online or mail your donations to: